Join us for a LIVE Virtual Event

Even if you don’t have a Facebook account you can join us by going online www.facebook.com/CinAmi.org and e-mail questions or comments to cinamissions@cinami.org.
Share, invite, and engage with us in the comment area during the event. 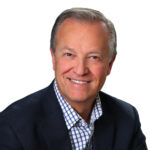 Special Guest Speaker, Alan Pratt
Chartered Advisor in Philanthropy, President of The Signatry, Northwest Region
Alan equips others with the creative tools, strategies, and insight they need to maximize their generosity and establish a lasting legacy. Alan leverages his decades of experience as a financial professional, legacy advisor, and business owner to help families and ministries flourish.

We are Eddie and Bonita Harper, currently living in Tulsa, OK, but plan to move to Okinawa, Japan as soon as possible. The Lord put Japan on our hearts in 2003, after graduating from Bible school in Oklahoma.

We commenced traveling in and out of Japan in 2007 and continued until 2016 when we moved to Kagoshima on the Island of Kyushu. We stayed until 2018 at which time we returned to the USA for a medical procedure that was not available in Japan, at that time.

We are passionate about the people of Japan to encounter Jesus Christ. This nation has suffered two atomic bombs, a nuclear disaster, as well as numerous natural disasters including tsunamis and typhoons.

We are Aidor and Nangkeo Saesee. We invite you to join our prayer and support team. After 20 years pastoring, God is calling us to go as missionaries. Hence, we are preparing to go to Southeast Asia to make disciples of Christ.

We are very excited that the Lord has placed it on our hearts to go spread the Good News of Jesus Christ in Okinawa, Japan! When Mike was in the Marines, he was stationed in Okinawa, Japan for two years — God has called us back. We will be reaching out to the United States Marines serving in the northern part of the island, and the military men and women imprisoned in the Camp Schwab US Marine Corps Brig. God is empowering us to share His love and hope in Jesus Christ with not only the US Marines but also the precious, Japanese people of Okinawa.

I am Lucy Kai Kai, currently living in Canada. I am planning to return to my country of birth, Sierra Leone, Africa, to make disciples among my people on Sherbro Island.

With great honor and thanksgiving to God, I hereby introduce you, our faithful supporters, to our newest missionary candidates: Eddie and Bonita Harper, Mike and Hanna Frey, Lucy Kai Kai, and Aidor and Nangkeo Saesee. These dear souls are committed to service to the King of kings in Japan, Thailand, and West Africa. Incredible, that despite the nuisance of COVID-19 over the past several months, our organization has been blessed by God to orient these seven precious disciple-makers.